As I mentioned in my Ultimate Fudgy Brownies recipe, I’m definitely a fudgy brownie person. 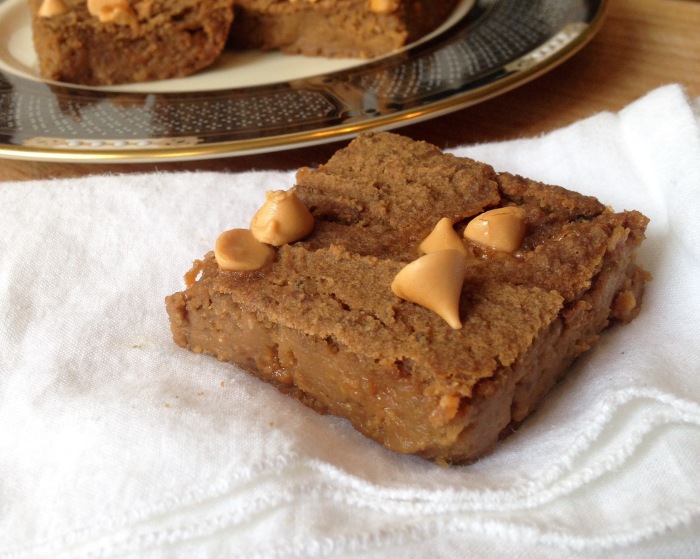 Some people like their brownies with a more cake-like consistency, but in my opinion, if you want a cake-y brownie, why not just make a chocolate cupcake? It’s basically the same thing, but with icing.

Anyways, when I got a craving for Butterscotch Blondies this week, I figured: if I like fudgy brownies so much, I bet I’ll love fudgy blondies just as much!

And let me tell you, I was correct. I do love fudgy blondies as much as fudgy brownies. And trust me when I tell you, this recipe is so good (and so clean!) you may even like it more than brownies!

The combination of a “Mocha” flavor and butterscotch chips in these blondies is mind (and taste bud) blowing. The instant coffee used in the recipe gives the blondies a warm, buttery flavor, which plays off the sweet, caramel flavor of the butterscotch chips perfectly. Moreover, the fudgy texture of the Blondies give them even more of a rich, decadent quality.

I wouldn’t be surprised if these blondies change you from a brownie-lover to a blondie-addict.

Not to mention, the macros and ingredients of these blondies are incredible. The chia seeds used give the blondies a punch of Omega-3’s, and the oats and coconut flour used in the recipe assure that each bar is both gluten free and packed with whole grains. Additionally, the coconut oil and Greek yogurt give the blondies their decadent texture, assuring each blondie will be moist and decadent, never dry or even healthy-tasting.

And like I said, the butterscotch chips are just plain irresistible. 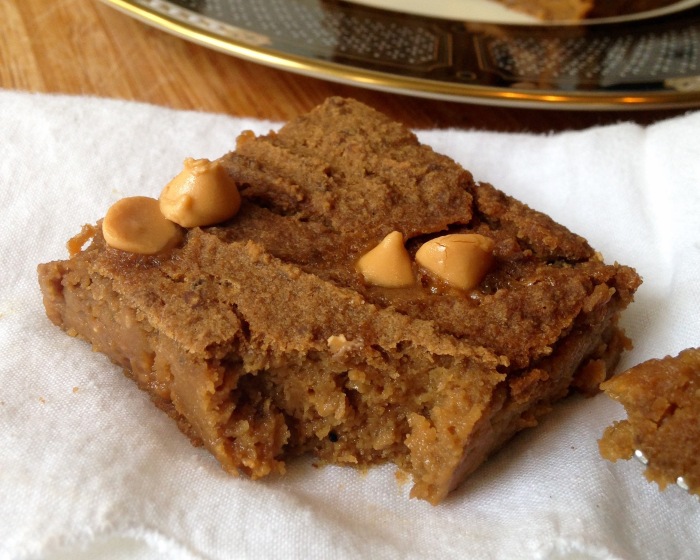 Preheat oven to 350°F. Process oats until the consistency of flour has been reached. Add to a bowl, then add in coconut flour and baking powder. Add chia seeds and 1/3 c almond milk to a large mixing bowl. Let sit for 5 minutes, or until chia seeds have expanded. Once chia seeds have reached a gel-like consistency, add molasses, instant coffee, and vanilla extract to the mix. Stir until combined. Add flour mixture and remaining 1 3/4 c almond milk. Stir until combined. Add greek yogurt and stevia and mix until fully combined. Fold in butterscotch chips. Grease an 11×7 in baking pan. Pour mixture into pan, then smooth out with a spatula. Bake for 1 hr, or until toothpick comes out clean (blondies will be fudgy). Remove and top with additional butterscotch chips, if desired. Let cool, then slice and enjoy!

One thought on “Mocha Butterscotch Blondies”